Tim wears this corset for most of the film, until the dinner scene. It is worn underneath both the lab coat and the leather jacket.

He wore this (or a version of this) corset during the original stage show as well. 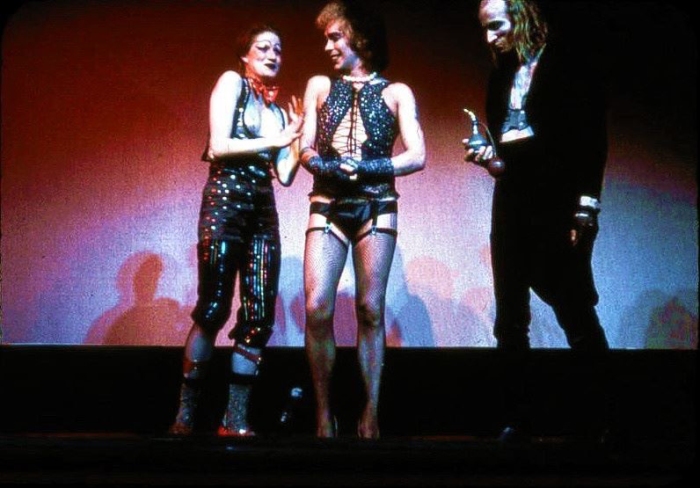 I found this to be far more difficult to get right than the other things I’ve made. Mainly because of the fact that I have breasts! I started a version of this that had princess seams, but decided very quickly that wasn’t going to look great. 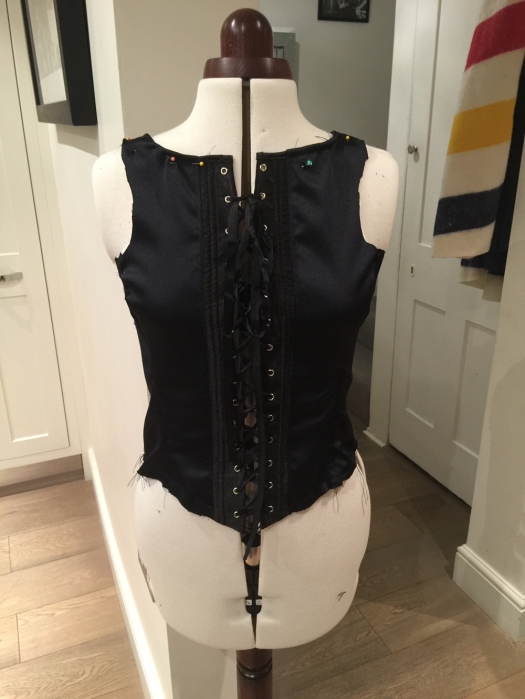 So I scrapped that, decided that I would make a binder and started a new corset that was more flat chested.

I looked at some of the photos Mich Rock took and saw that the fabric looks like it’s maybe faded black satin and it seemed a bit glittery.

So I used a black stretch satin and after gluing on sequins, I decided to paint on some black Tulip fabric glitter.

I lined it with a medium weight interfacing so that it was a bit stiff and on top of that I lined it with white fabric so that peeks through on the unfinished and ragged edges around the arms for a bit more screen accuracy. 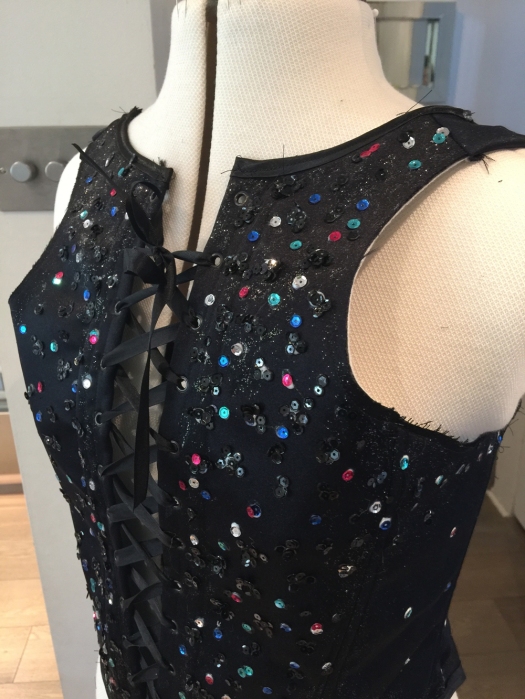 I sewed in a bunch of bones and, of course, added a zipper up the back for quick changes (gosh, you’d think I was planning on performing again or something…)

Next I think I’ll make the suspender/garter belt…